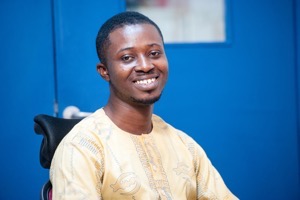 Edward Appiah is the Secondary School’s Lab Technician. He was born in Accra in May 1989 and attended Accra High School, where he excelled as a student.

Edward received a Higher National Diploma (HND) in Laboratory Technology in August 2013, while studying at the Accra Polytechnic.

Undertaking his national service at the Ghana Atomic Energy Commission, from September 2013 to August 2014, he took part in industrial research and gained experience in data collection and sample analysis.

For his hobbies Edward likes to watch sci-fi movies, listen to music and read books.