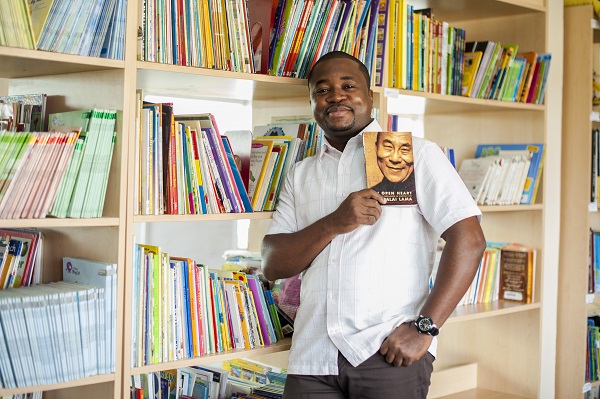 FRANCIS GAETAN NGO MAKEMBE is his name, he was born in Cameroon in a city called Douala on the 7th of August. First born in a family of five children where he started his education. After completing Secondary school in Cote D’Ivoire, he obtained his GCE O and A Level. In 2002 he joined the GOETHE institute (Cameroon) for two years learning German as a second language. In 2004, Francis joined the High School language of literrature in Abidjan Cote D’ivoire. In 2005, he got admission from the University of Douala in Cameroon for one year studying Economic and applied science Managements.

In 2006 he moved to Ghana, where in that first year he obtained his English profiency language certificate .In 2008 he Joined the Association of Chartered Certified Accountant (ACCA) studying financial accounting ,management accounting ,business accountant and law, taxation ,professional management and more ;So far he has qualified for the part 2, working towards for the final qualification. He has also worked as translator in many trading fairs in Ghana such as FICCO, held in 2012.

He started his teaching journey in 2010 with a government school in Ghana, where he was teaching French based on the local curriculum. In 2012 he had his first encounter with the IB program at Rozwell International School based in Labone where he was in charge of the French department. In 2013 he joined ARIS as a French teacher in charge of the KS2, teaching French as a second language using the British Curriculum. He is still pursuing his journey in ARIS where by now the French is been taught in inquiry based, focusing on the PYP (primary years program).

Francis Gaetan believes that education is the foundation of each society, men being the pillars on which it lies, and beneath are the teacher builders of these pillars.