IB Students Showcase Their Art in a Full-Fledged Exhibition

One of the biggest challenges that our IB Students have to face is when their work gets put on display for everyone else to see. This is the case for all of us, when we work on something for a long time, for it to finally be presented to the world outside. It’s gifting everyone a plate full of your thoughts, emotions, and vulnerabilities.

IB Art Exhibition has long been one of the first platforms for IB Students to showcase their Art in a full-fledged Exhibition. People come, ask questions, scrutinize, appreciate and the most difficult part is that it is graded. A very different and challenging way of appearing for a final exam, eh?

At ARIS, two IBDP2 Art students, Elikem Jessica Yaa Ogba and Nour Assad, held an Exhibition that was graded and, finally, out for everyone – parents, teachers, students, to come and see. One of the classrooms was divided in half, not just by the students themselves, but in the very personality that the varying themes of each of their art pieces took on.

Elikem’s Art took on the theme of Identity and Eco-centrism, as each of the pieces she exhibited demonstrated different outlooks and cultural effects on the environment. She used her own cultural and environmental experiences and perspectives in her photographs of rural life in an urban setting like Accra, or a Kaleidoscope piece depicting the ‘power of culture, using Adinkra symbols’. Even her piece ‘Sankofa’ meaning ‘Return and take it/Return to your roots’ was an ode to keeping one’s own roots and history in mind and heart.

When asked about her favorite piece in her exhibition, unsurprisingly, she could not just pick one. She took me to her Art piece which is a depiction of a Mermaid done entirely using recycled material like bottle-caps and twine ropes and much more. The other piece she showed was called ‘Ohema’ which means ‘Queen’ in Twi dialect, which highlighted the important roles of a women represented in nude form, without being shown in a sexualized form. Another art piece had references to Libyan Slave trade, drawing attention to the importance of the issue and aiding displaced migrant group and the vitality of being free of bondage and captivity. Her showstopper piece of the her whole exhibit was a representation of the Last Man on Earth, having only a little bit of natural life left around him, and beads of the amount of time he has left, after a destruction of the eco-system.

Nour’s Art Exhibit took on a contrasting theme of Conflict. A motif consistent to all of her pieces was the use of Skulls and nightmares, as a representation of her fears on Artwork. Her work was centered on her own personal experiences as a young woman with fears and insecurities and awareness, which she was not afraid to tap into. One of her pieces was called ‘Welcome to the Twisted World of Alice’ as a reference to the innocent lost in Alice’s character, showing her as possessed from having killed Cheshire Cat, Mad hatter and shattering tea-cups as a euphemism of the absence of innocence through negative influence. Another piece was an installation of a non-traditional dream catcher, catching both dreams and nightmares.

One of her favorite pieces was something called ‘Heal the World’ with reference to Micheal Jackson’s song as she drew a globe and pasted newspaper clippings of issues around the globe with the message of making it a ‘better place’. Another one was ‘Hope’, which really wrapped up her exhibit in one message through her Art in which she depicted hope as a barbed wire, and holding on to it is what matters, although it may be the toughest thing to go sometimes.

Aside from the IBDP2 Students, as you may have gathered with the previous ‘Art of the Week’ posts, our Secondary school has different artists worthy of a big exhibition. To think that students between the ages of 12 to 17 have such an advanced introspective thinking process to be able to depict on canvas is commendable. The little Art protégés exhibited art projects depicting their identities through their cultural heritage and African symbols and their identities as IB Students, some showed their appreciation of nature and their own struggles as growing up in their teenage period.

Altogether, a great event, that everyone present praised. Not only are we so proud of all of them, but we cannot wait for the next opportunity to have a look into Students’ Art and their creativity on canvas (or installations). Till then, stay tuned to get little peaks into Art at ARIS through our ‘Art of the Week’ Series. 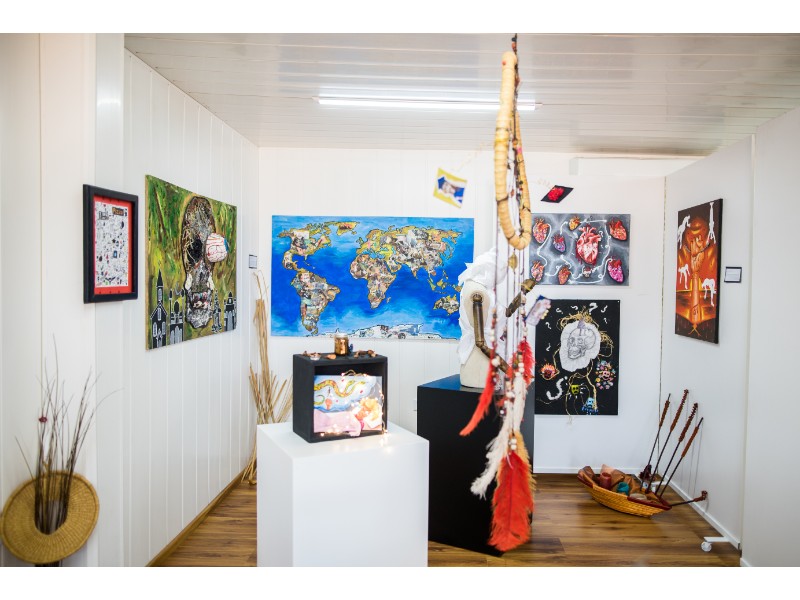 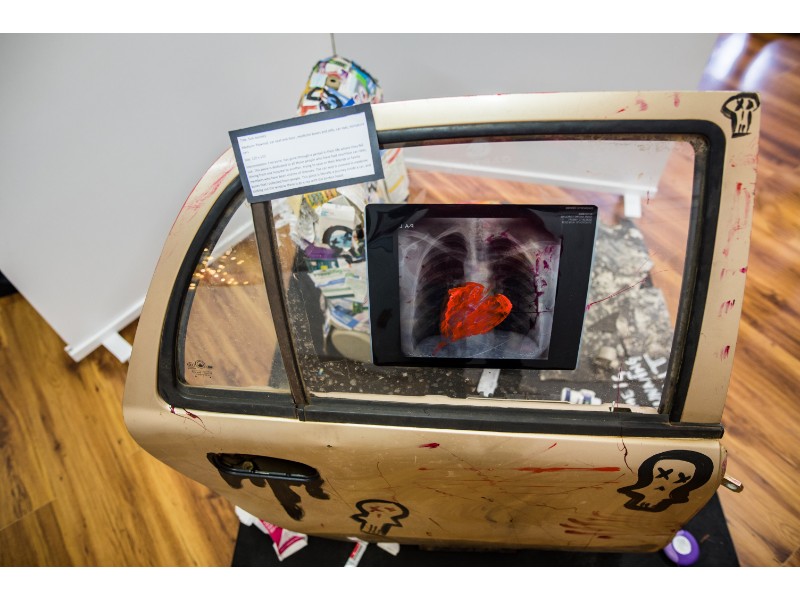 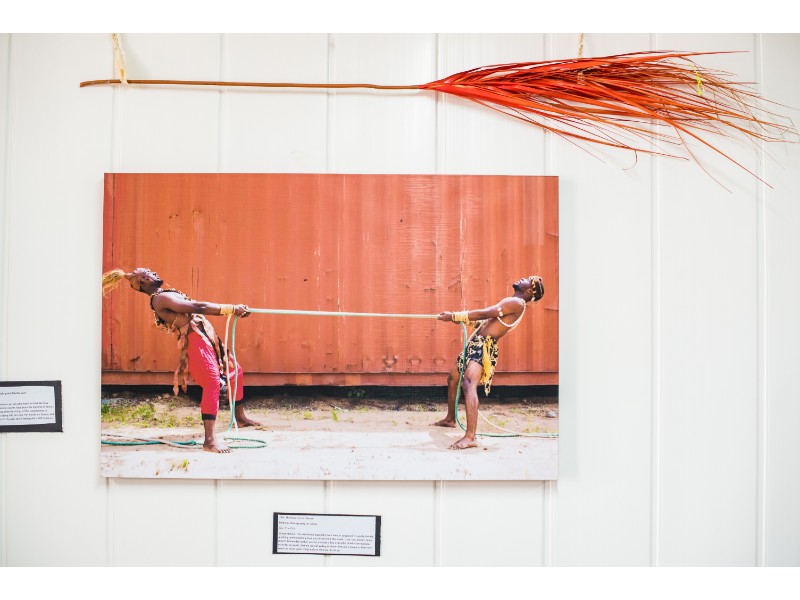 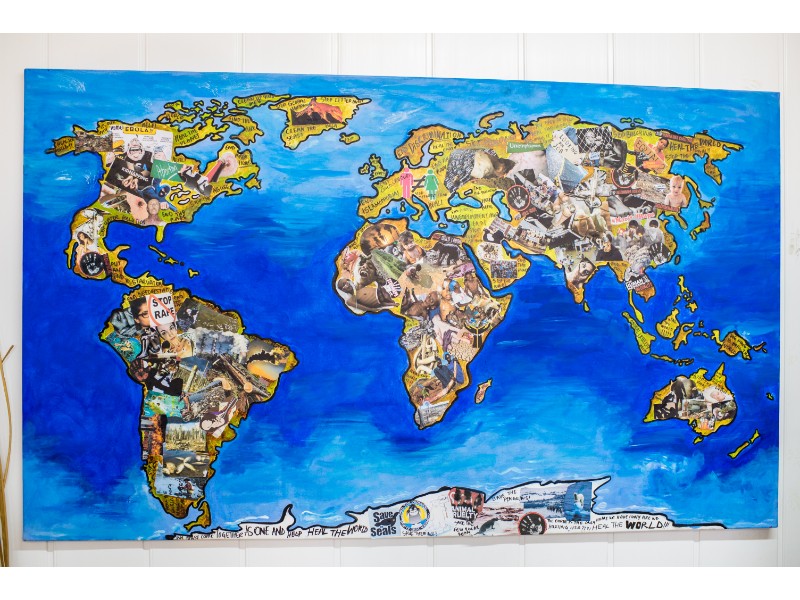 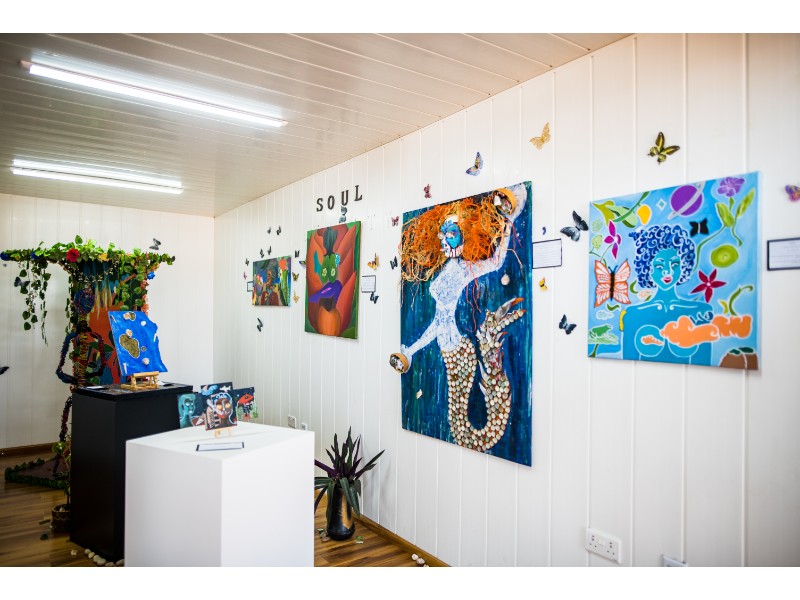 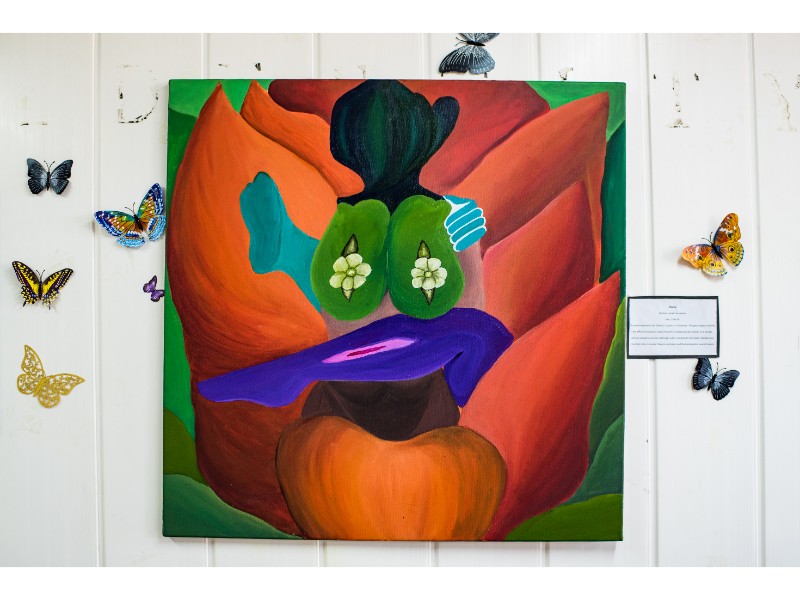